Microsoft Teams is the success story almost nobody saw coming.

From a platform built on the foundation of Skype that many people thought would fade into obscurity to a productivity powerhouse boasting 250 million daily active users – Microsoft Teams has proven itself… and then some.

It’s certainly true that Teams received something of a leg-up in terms of adoption due to the global pandemic and work-from-home mandates, but the platform wouldn’t have reached these dizzy heights if it didn’t have the chops to back it up.

So, whether you’ve been using Teams for a while and you’re looking for a refresher, or this is the first time you’re reading about the platform – this ultimate guide is all you need to get started with Teams in 2021.

So let’s dive right in.

What is Microsoft Teams?

To make it easier to navigate, we’ll break this guide down into the various components of the platform so you can learn at your own pace.

Before that, though, let’s begin with the absolute basics: what exactly is Microsoft Teams?

Originally launched in 2017, Teams aims to take everything you can do in a physical team meeting and bring it into a digital environment. That means everything from having a quick chat, making a phone call, scheduling a meeting, or collaborating on documents in real time.

As the platform has evolved, Teams has grown to encompass larger scale uses, including presentations and live events to thousands of people at once.

Accessibility is also central to the ethos of Teams, with the development team keen to make the app available on as many devices (and in as many different working conditions) as possible. As of 2021, dedicated apps for Microsoft Teams are available on the following devices:

The Microsoft Teams web app can also be accessed using modern web browsers such as Google Chrome and Mozilla Firefox.

With definitions done, let’s now take a closer look at each of the components of Microsoft Teams in a bit more depth.

Teams, Channels, and the Activity Tab

The first aspect of the Microsoft Teams we’ll look at is the glue that holds the whole system together: channels and teams.

Think of these as workspaces within the app from where your work gets done. They could either be based on internal groups – like Marketing or Sales – or on specific projects – like certain products or services.

What’s the difference between a team and a channel? Here’s the lowdown.

Teams, as the name suggests, are the building blocks of the Microsoft Teams experience. They are best used to represent the different departments within a business – Marketing, Sales, IT and so on – and sit at the top of the hierarchy. Whenever teams are created, the system will also create back-end assets – such as a SharePoint site – within Microsoft 365 to host files, manage users, and more.

Channels are essentially sub-teams. They sit one level down from teams in the platform’s hierarchy and can be created for almost any purpose, including product launches, marketing campaigns, business admin, and more. When teams are initially created, a ‘General’ channel will also be added to the team by default. Beyond this, admins or users with the correct permissions can add as many channels as they like, then add other users to these channels. Within channels, users can start conversations, upload files, and communicate with others – a bit like a social media feed. Users can use features like @tagging to notify others when they’d like them to join the conversation.

You can access any of your teams or channels by clicking the Teams button in the left-hand navigation menu, but there’s another way to get a quick overview of recent activity in Microsoft Teams.

At the very top of the left-hand menu is the Activity button, and by clicking here you can access an up-to-date feed of all of your Teams goings-on. No matter which team or channel the specific items have taken place within, you’ll see them in a chronological list and can click them to jump straight to the relevant channel. It’s a quick way to save some time and jump straight into what matters when you start your day.

The next feature we’ll look at is found within each and every channel within Microsoft Teams, and it’s known as tabs.

Whenever you create a channel in Teams and click into it, you’ll see three default tabs next to the title in the main content window:

Along with the default tabs which are included with any new channel you add to Teams, you can also add custom tabs, also known as Microsoft Teams Apps. These are a way to enhance Teams with new functionality – many of which are from third-party developers.

There are two different ways to add a Microsoft Teams app:

You can browse the many hundreds of Microsoft Teams apps on Microsoft’s website right now, but here’s a glimpse of the types of functionality you’ll be able to unlock using this feature:

The list really does go on. With so many millions of active users on Teams, it’ll come as no surprise that developers are eager to integrate with the Teams platform as soon as possible. That means that, if there’s a third-party app you use a lot within your company, there’s a good chance you can use it as an embedded app in Teams – it’s certainly worth a look!

It may go without saying, but central to the concept of Microsoft Teams is communication.

To offer a complete end-to-end service, the platform needs to provide communication tools to suit multiple environments and use-cases – and that’s exactly what you get with Teams.

On the left navigation bar in Teams, you’ll see a Chat button. From here, you can start a text conversation with anyone inside your organisation. You can even chat with external users if an admin has added them as a user within Teams.

Next up, let’s talk about one of the core features of Microsoft Teams, which is of course the meetings themselves.

It’s here where that deep integration with Microsoft 365 once again comes into play, because there’s actually more than one way to schedule meetings with Teams:

Because your Microsoft Teams account is seamlessly connected to your Microsoft 365 user profile, any meetings you schedule in apps like Outlook will automatically appear in Teams – and vice-versa.

Managing and Collaborating on Files

After communication, the next core piece of functionality in Microsoft Teams is collaboration.

In a world where hybrid working has become almost run of the mill, it’s no longer a given that employees will be based together in single office spaces. In fact, many businesses are moving to pure remote models – or simply hybridising with a few days in the office and a few at home.

With disparate and unpredictable working arrangements, collaborating closely on projects – including on specific files and assets – becomes even more important.

With Microsoft Teams, you can view and edit the same document, spreadsheet, or presentation virtually alongside any number of your colleagues, all in real time. Because Microsoft Teams comes with web versions of the core Office apps – Word, Excel, and PowerPoint – whenever you open a file which has been uploaded to Teams, you’ll be accessing the version hosted in the cloud. Likewise, if a team member opens that same document at the same time, they’ll be looking at the exact same file. But, unlike in the past, any changes you make won’t clash and cause problems, but instead be updated instantly – just as though you were side by side working on the same computer.

Any supported file which is uploaded to a Teams channel, such as a Word doc or Excel spreadsheet, will be automatically added to the Files tab of that channel. When someone clicks to open the file either from the conversation in the channel feed or via the Files tab, they’ll be opening the Teams version of the file which is saved in the relevant SharePoint site on which this instance of Teams is built.

When collaborating on files in Microsoft Teams, your colleagues will be represented by small circular icons in the upper-right corner of the integrated Office app.

You’ll also notice a Conversation button within the web versions of these apps. Clicking this button will open the same conversation thread as the one in the main Teams channel. From here, you can use @tagging to bring other users into the conversation, then add comments to files directly which can be resolved by the relevant person once the change has been made.

Just as Microsoft Teams is built using a modular design philosophy, so too is access to the platform as flexible as possible.

In fact, if you want to start using Microsoft Teams right now and take it for a test drive, you can sign up for a basic Microsoft account and try all the platform’s core features absolutely free.

The catch? You’ll be restricted by several limitations which will mean you aren’t getting the most out of the experience. For example, you can’t benefit from the Exchange email integration, Outlook calendar syncing, file storage with OneDrive, enforced Multi-Factor Authentication for increased security, and more.

In our opinion, the free version of Microsoft Teams is a good way to get a feel for the app, but if you’re serious about using it within your business, you’ll want a Microsoft 365 business subscription.

Don’t worry – not only are these affordable, they’re also (in our humble opinion) some of the greatest value subscriptions available to UK businesses.

For even larger scale businesses, or those who simply want the ultimate in business productivity, remote collaboration, and cyber security, we also recommend Microsoft 365 Business Premium. Be sure to ask a member of our team if this is something you’d like to know more about.

Need even more expert advice on Teams and more?

We hope this extensive guide has given you the info you need to start getting remote work done better using Microsoft Teams – but there’s always more to learn. To stay up-to-date on the latest additions to the Teams apps, be sure to follow the Get Support blog, where you’ll find our regular Teams Release Roundups.

And if you need any assistance getting up and running with Teams, our team of IT experts is here to help you. We’ve spent decades providing expert IT support services to small and medium-sized businesses all over the UK and we’re a direct Microsoft Cloud Solution Provider – so we can help you hit the ground running.

Want to know more about how we could support your business and help you thrive in the digital-first world? Call us today on 01865 59 4000 – or simply fill in the form below. 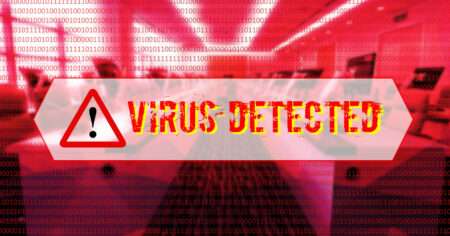 Mydoom: The Fascinating Story Behind the World's Fastest Computer Virus

First discovered in 2004, the Mydoom computer worm is, to this day, still known as the fastest-spreading virus of all time. But what is the story behind the Mydoom virus and what can it teach us about cyber security?
Read More... 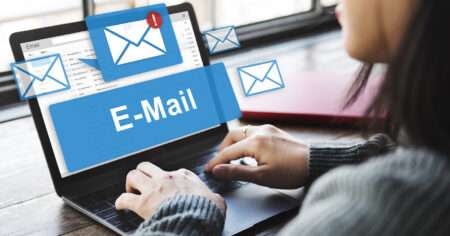 In this edition of our IT Support Insider series, we’ll zero in on email security and how businesses can ensure their email security setup is watertight, they’re protected from email-based cyberattacks, and other best practice examples.
Read More... 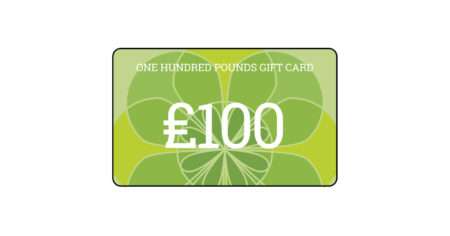 The Gift Card Scam: What UK Businesses Need to Know

The Gift Card Scam, also known as the Voucher Scam, is a form of cyberattack which has seen a big spike in 2021. In this article, we’ll explain what the gift card scam is, how it works, and what your business can do to avoid falling victim to this digital swindle.
Read More...