Here at Get Support, we’ve spent the better part of the last 20 years working with computers of all shapes and sizes.

In that time, we’ve heard every single tall tale and misconception ever uttered in the realm of IT support.

So, as a follow-up to the previous 8 IT support myths we already shared, we’ve compiled another 7 examples of tech myths lots of people still believe… but probably shouldn’t.

#1: You need to defragment your hard drive regularly for maximum performance

This is a bit of an odd one, because the answer is different depending on the type of hard drive you’re using. If you have a conventional mechanical hard drive, defragmenting can reduce wear and tear on the drive by adjusting the way files are stored. However, if you’re using a Solid State Drive (SSD), which is more common on newer machines, defragmenting the drive may actually damage it. For this reason, it’s always worth checking with your IT support team exactly which drive you have in your machine.

#2: PC “cleaning” software is a good way to keep your PC tidy

One-and-done solutions are always tempting, because you can ostensibly save some time. If your PC or laptop has been running slowly, has a lot of files you don’t use, or is running out of space, so-called “PC cleaners” claim to restore your machine’s performance. In reality, they don’t really do much – especially not in terms of performance. In fact, if you’re not careful, you might end up installing malware disguised as this type of software. In short, it’s much safer to simply leave computer maintenance to your IT support team.

#3: You shouldn’t leave your computer running 24 hours a day

This is another topic which has more than one answer. In reality, modern PCs are designed to be run as often as required – including 24/7 in many cases. Whether you’d actually want to do that is entirely up to you. While there’s no specific reason not to run a PC all the time, doing so isn’t without repercussions:

The best option here is to simply rely on automatic sleep modes, like those available Windows, so your PC won’t be off, but instead be sleeping with a very low power draw.

#4: It’s dangerous to yank a USB drive before ejecting it from the operating system

Here’s an idea which you’ve probably heard of before: can you really pull out a USB drive without ‘ejecting’ it from Windows first? In the past, the answer was no – at least if you wanted to prevent data loss. But today, you actually can yank a USB drive anytime, provided it’s not actively transferring data, with no fear of data loss. The reason is that Microsoft made a change in 2019 which defaults USB settings to a mode which copies files immediately, rather than waiting until later to save resources.

#5: If you use incognito mode, the IT support team won’t be able to see which sites you’re visiting

Incognito mode, also known as private mode on some browsers, effectively allows you to browse the internet without storing your browsing history or cookies. That means your session is essentially temporary – but incognito is not a silver bullet. As any IT support team will tell you, any internet traffic which goes through a company’s network or VPN – even if funnelled through a private browser – will still be visible via activity logs. Of course, most IT support teams have better things to do than track user’s browsing habits, but it’s definitely worth knowing.

#6: Running a laptop battery down to zero will make it last longer

Have you ever heard anyone recommend that, when you first get a new laptop, phone, or other device, you should run the battery all the way down to zero? According to this urban legend, doing so would actually extend the lifespan of the battery. The truth, of course, is almost the complete opposite. It’s all about the way batteries used to be made. The near-ancient ‘NiCad’ batteries had a quirk whereby they’d only go down as low as the last time you recharged them, rather than zero – leading to this myth. Modern lithium-ion batteries, as found in most laptops and smartphones today, don’t have this quirk and will actually last longer if you never allow them to drop to zero. So… don’t.

#7: Your devices are listening to you and using your conversations for ad targeting

Here’s one of the modern day’s most pervasive urban myths. And, yes, we can confirm that it is indeed a myth. The theory goes that devices such as smartphones and voice assistants are listening to us all the time, then using that information to target adverts through social media feeds and other online ads. In truth, as thoroughly explored by outlets such as the BBC, is that what’s happening is a mix of psychological biases – coincidence, essentially – and privacy policy restrictions. The big tech companies like Google and Facebook are often accused of this, but the reality is that they’re actually the least likely to deploy tech like this, because the consequences of breaching privacy laws can be so extensive.

Ready to work with an IT support team that’s seen it all?

If ever of these myths have come as a surprise to you, we hope this information will come in handy in the future. And who knows? We might well be back in the future with even more IT support myths – there are plenty to go around.

In the meantime, if you’re looking for an IT support provider who’s been there, done that, and got the tee-shirt, we’d love to hear from you. 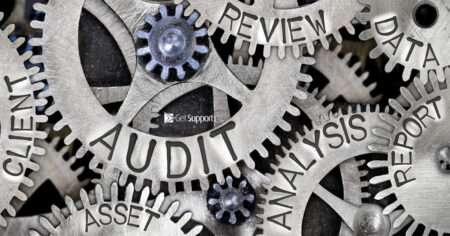 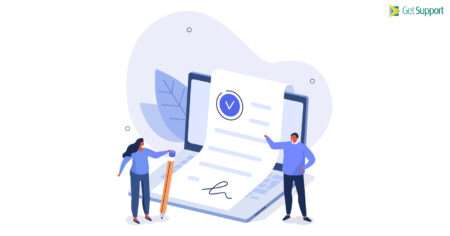